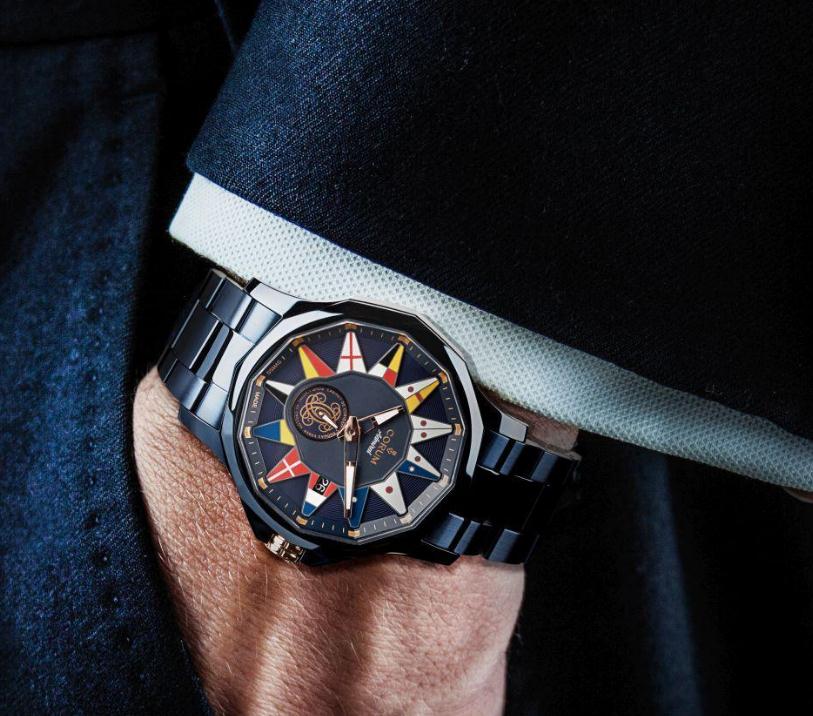 The cooperative project between Bamford Watch Department and Corum Admiral Legend was firstly established in June this year. At that moment there were two limited editions released. This month, Corum launched its brand new timepieces in the famous Crillon hotel including eight unique limited edition works which would be presented to the public next year as it is the hotel’s 110 anniversary.

Blue is the theme of this new Corum copy watch with blue PVD coated stainless steel case, from which you will see that the dial, case, bracelet have all been designed to be blue.

Inspired by the original model in 1980s, the knockoff watch with blue dial has been adorned with 12 symbolic maritime flags of the Admiral Legend collection, which combined the brilliant blue with gold.